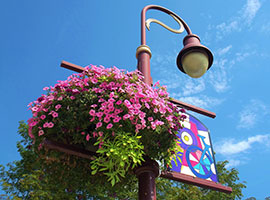 Shop the retail hub of Shenandoah while you tour the Iowa Walk of Fame in Shenandoah's beautiful downtown streetscape. The Walk of Fame highlights over 120 famous Iowans from around the state. Stop by the Chamber office at 619 W. Sheridan Ave. for a guide book filled with biographies of each famous Iowan. Tour Shenandoah Historical Museum, Wabash Arts Camp Murals, Park Gardens planted by the Home & Garden Club, Wabash Trace Trail and the Everly Brothers childhood home. Residents of Shenandoah are proud of these local attractions and hope visitors take time to visit and enjoy! 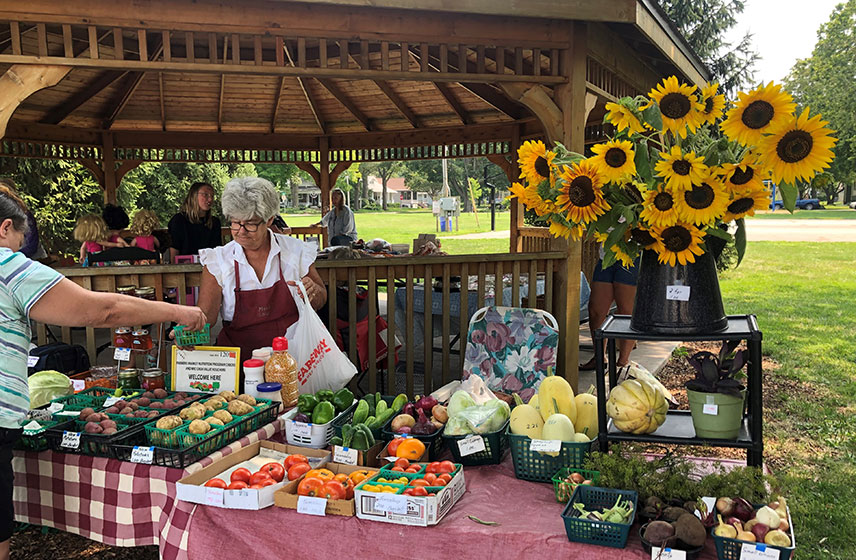 Vendors at the Shenandoah Market can setup for free, but they must register with the Market Manager and sign a pesticide and waiver of responsibility. A list of all the rules and regulations are also available at Shenandoah Chamber & Industry Association

Welcome to Shenandoah, IA, Childhood Home of the rock 'n roll pioneers the Everly Brothers. From humble beginnings in Shenandoah the Everly Brothers rose to world fame. It began with the influence of their father Ike Everly, a coal miner from Muhlenberg County, Kentucky. Ike would play music after work with his brothers and a local guitarist, Arnold Schultz who helped Ike master a unique and pioneering thumb-picking guitar style. Ike latter taught Merl Travis this style. Ike and his wife Margaret had their first son Isaac Donald Everly on February 1, 1937 in Brownie, Kentucky. Ike became a full-time musician and by the time Don was age two they moved to Chicago where Ike performed on radio. On January 19, 1939 Phillip Everly was born.

In 1945 the family moved to Waterloo, then Shenandoah, Iowa to accept a job offer at KMA radio station to perform live. Ike instilled in his sons his love for music, from country and western to blues. He encouraged the boys to sing and taught them to play guitar. At the ages of 8 and 6, sons Don and Phil began to perform on their parents live radio shows on KMA and KFNF. At KMA the brothers were introduced to listeners as "Little Donnie and "Baby Boy Phil". Mother Margaret would read the commercials and often join Ike and the boys in four-part harmonies. By 1950 the radio show was known as "The Everly Family Show".

The brothers would sing on the radio early in the morning before school. Which gave the brothers their first exposure to the music industry. On weekends the family sang together and traveled in the area as the Everly Family. They stayed in Shenandoah until early high school.

National and world tours, the 1st million dollar record deal with Warner brothers and many television appearances followed including the Ed Sullivan Show and their own television shows. In 1973 the pair split until 1983 when they reunited as a singing duo at the Royal Albert Hall in England.

In 1986 The Everly Brothers were among the first ten artists inducted into the Rock and Roll Hall of Fame. That same year July 5th they returned to their boyhood home in Shenandoah and played to a crowd of 8,500 in a home coming concert at the Depot with parade, street dedication, and class reunion.

Concert fees were donated to the Everly Family Scholarship Fund which gives scholarships to middle and high school students in Shenandoah each year. In 2006 their childhood home was removed from its original site on 6th Ave. and continues to be restored. 2010 Shenfest dedicated the present location downtown, 800 W. Sheridan Avenue. Concerts are often held at the house and other historic locations in Shenandoah each year at Shenfest, the 4th Saturday in September and the 3rd Saturday in June during Everly Family Heritage Day, to honor and remember the Everly Brothers and keep the music alive. To help with restoration send contributions to Greater Shenandoah Foundation at the chamber address.

The family moved to Knoxville, Tennessee in September 1953, and transitioned into a duo act at the mentorship of Chet Atkins. Atkins engineered a chance for the Everly Brothers to record for Columbia Records in early 1956. This was their 1st and only single for the label "Keep A' Lovin' Me". Atkins introduced them to Wesley Rose of Acuff-Rose music publishers. They signed as Acuff-Rose song writers in 1956. By early 1957 they also signed with Cadence Records. A string of hits followed: "Bye Bye Love", "Wake Up Little Susie", "All I have to do is Dream", "Claudette", "Bird Dog", "Cathy's Clown", "Walk Right Back", "Ebony Eyes", "When Will I Be Loved", "Crying in the Rain", "That's Old Fashioned".

Read the entire history of the Everly Brothers here. 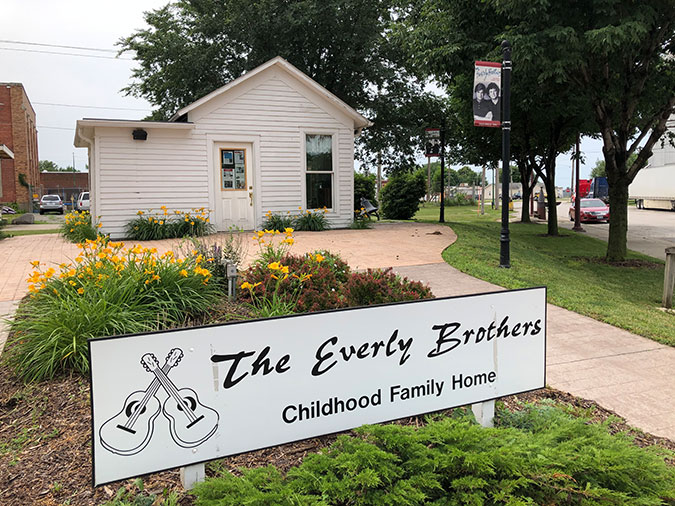 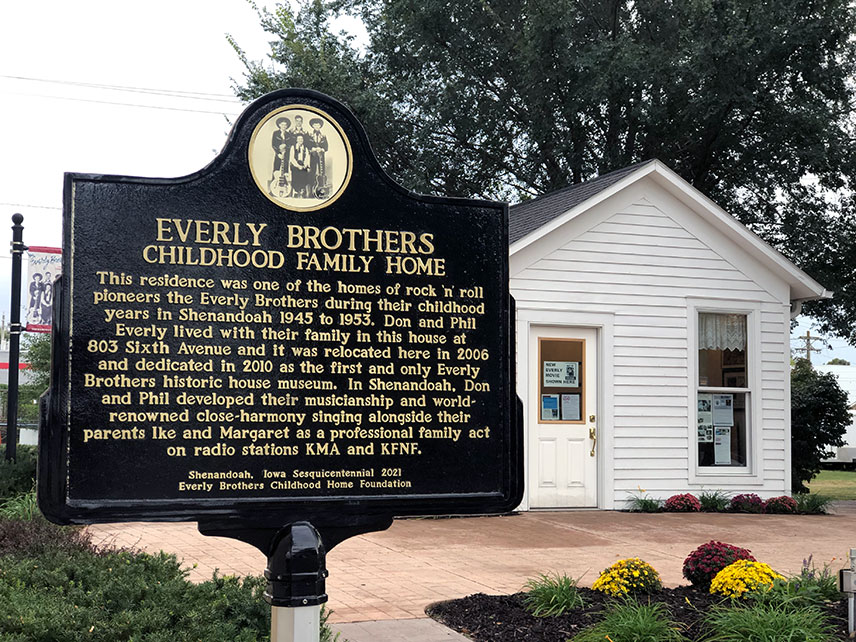 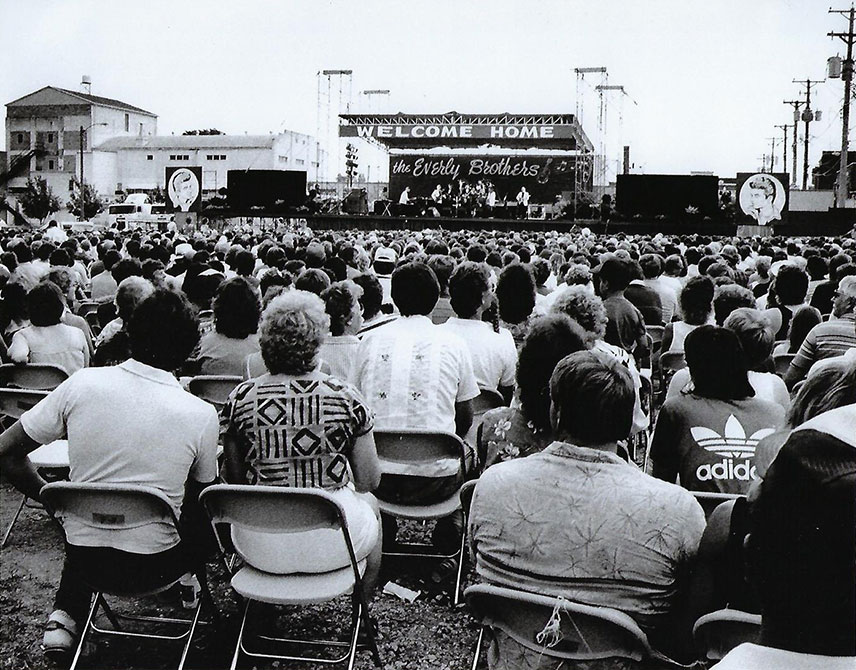 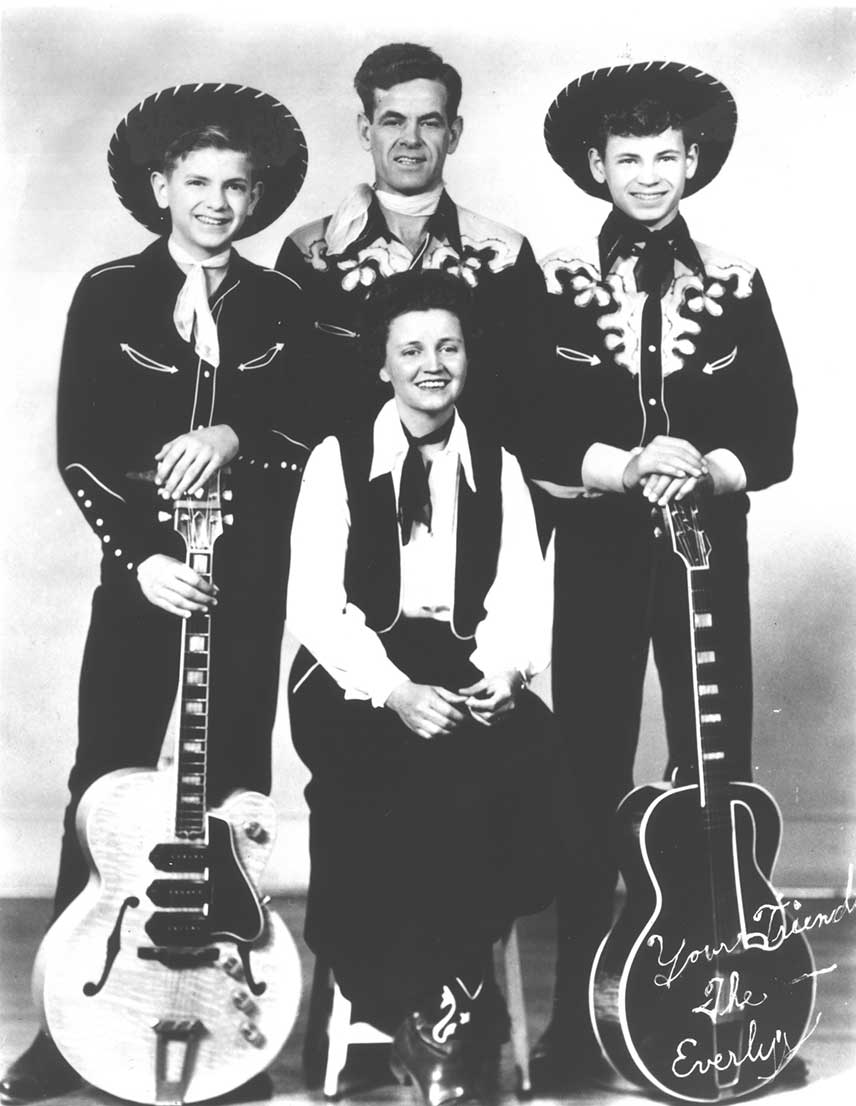 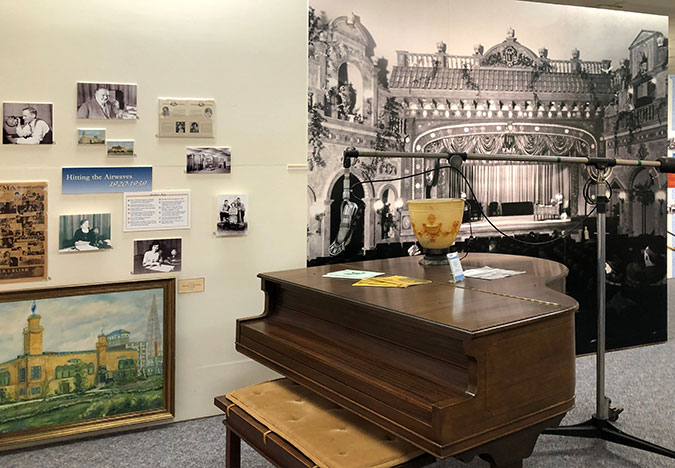 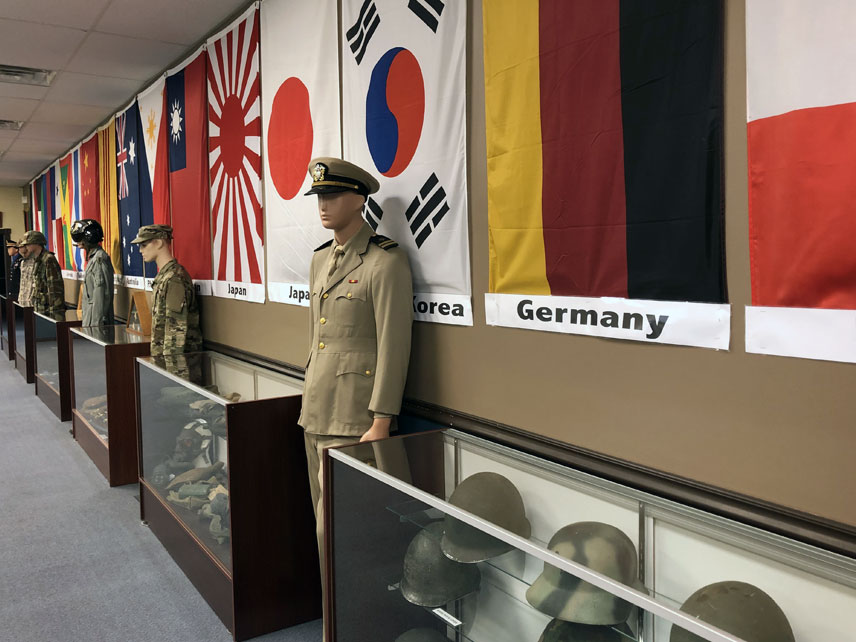 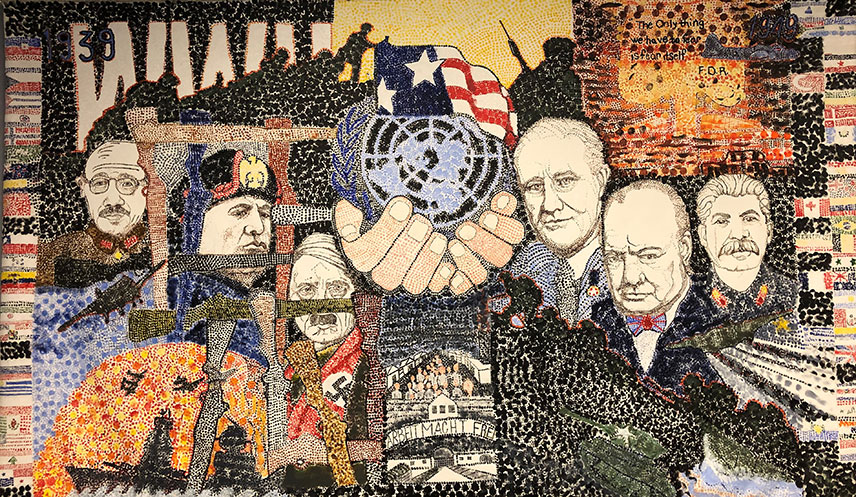 The museum contains thousands of artifacts significant to Shenandoah and surrounding area's interesting and rich historical-past. Displays include tributes to the two Shenandoah radio stations which were among the first the nation and the history of the seed and nursery companies that earned Shenandoah the title "The Nursery Capital of the World". Some of the other displays that can be enjoyed during a tour of the museum include the following:

Archeological Artifacts - Mammoth skull and tusks discovered on the Sterling McLaren property in 1990.

Manti Cabin - Authentic relica of an early cabin in the area. The wood is from a Manti barn. Furniture actually used by Manti residents about the 1860's & 1870's.

Radio displays - Displays of personalities, pictures and literature from the pioneer radio stations that brought national recognition to Shenandoah.

Local Musical Artists - Pictures and artifacts of local artists that have gone on to national fame to include the Everly Brothers, Blackwood Brothers, Bill Leacox (drummer for the band "America") and Al Sloey, singer and bass player for the Riders of Purple Sage band.

Country Store & House - Just as it would have appeared in the early 1900's.

The aforementioned is a small faction of information and artifacts on display at the Greater Shenandoah Historical Society Museum. If you are interested in taking a tour of the museum, the museum is located at 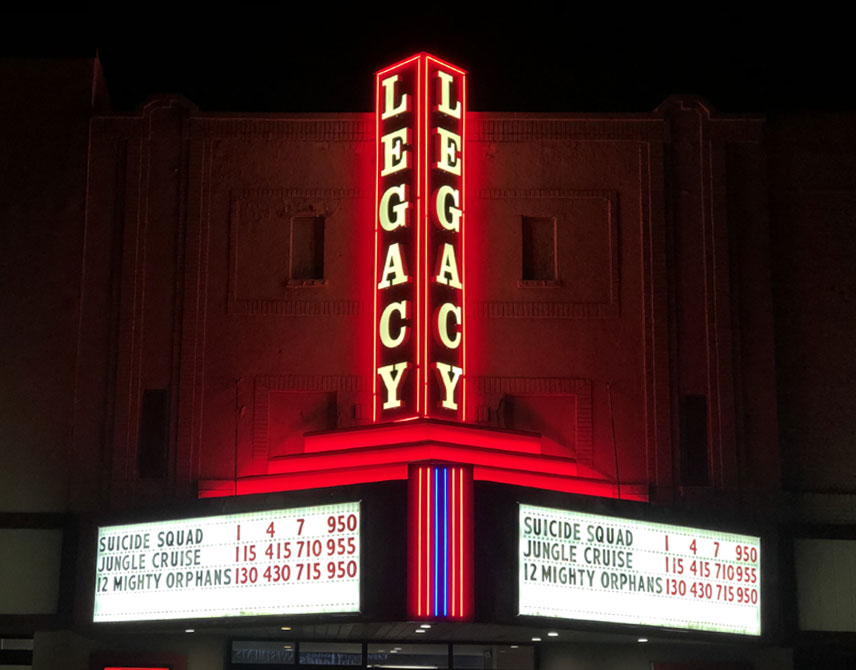 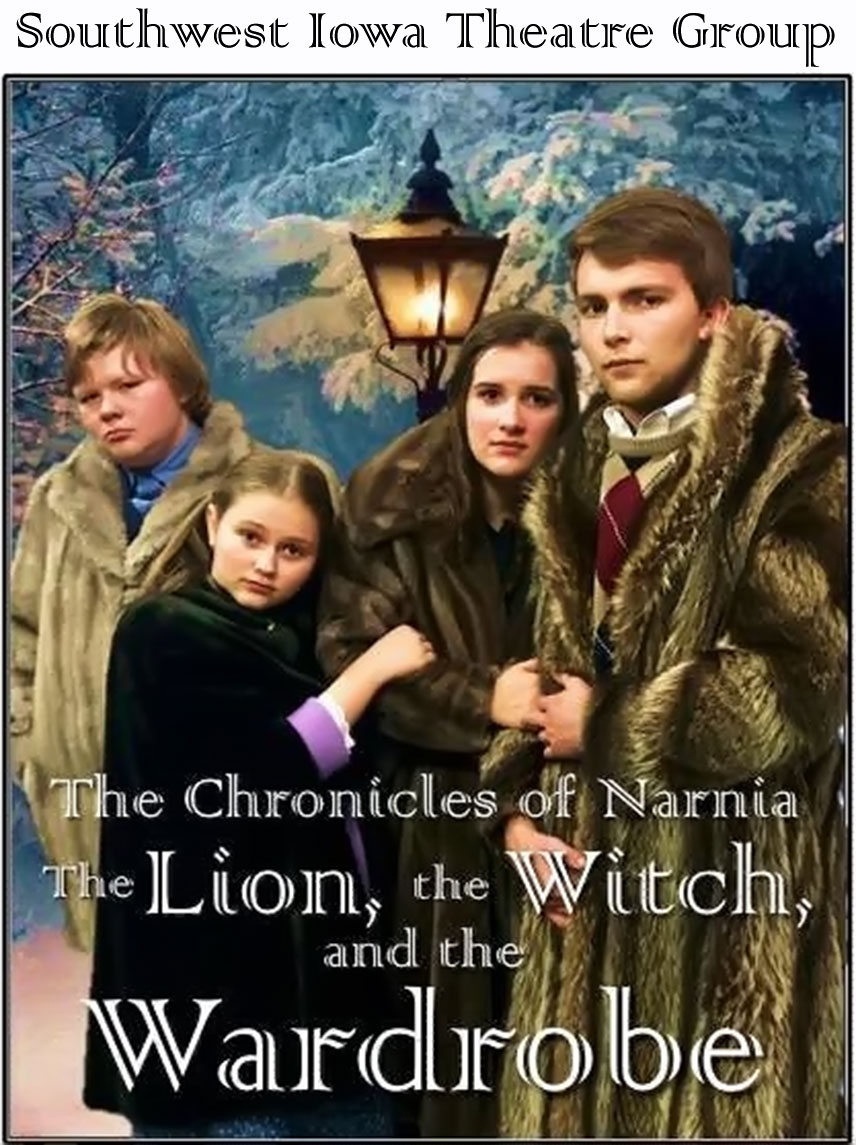 The Park Playhouse is home of the Southwest Iowa Theatre Group, one of the longest continually running non-profit community theater groups in the state of Iowa. Their mission at The Southwest Iowa Theatre Group is to continue the tradition of producing quality amateur theatrical productions, and to promote all the arts for the entertainment, education, and development of patrons and participants. They produce several live plays and musicals each year and conduct a children's theatre camp in the summer.

The Wabash Arts Camp has a self-guided or guided tour of the murals created by the children attending the camp scattered on buildings around town. Each July, area children attend the Wabash Arts Camp and create a variety of art ranging from theatre to historical scenes to memorable local residents from the past. These murals are created and hang throughout the community. Below is a list of the murals and their locations in Shenandoah: 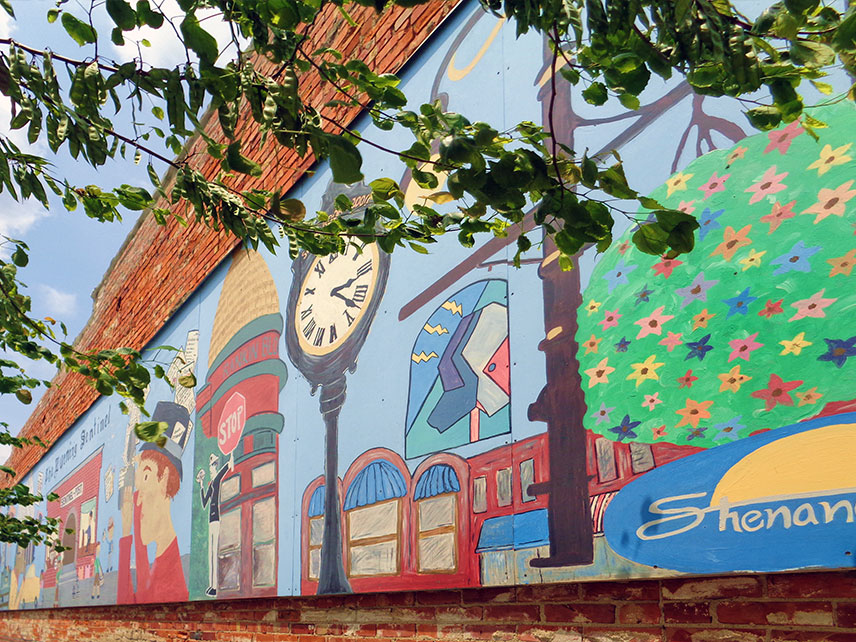 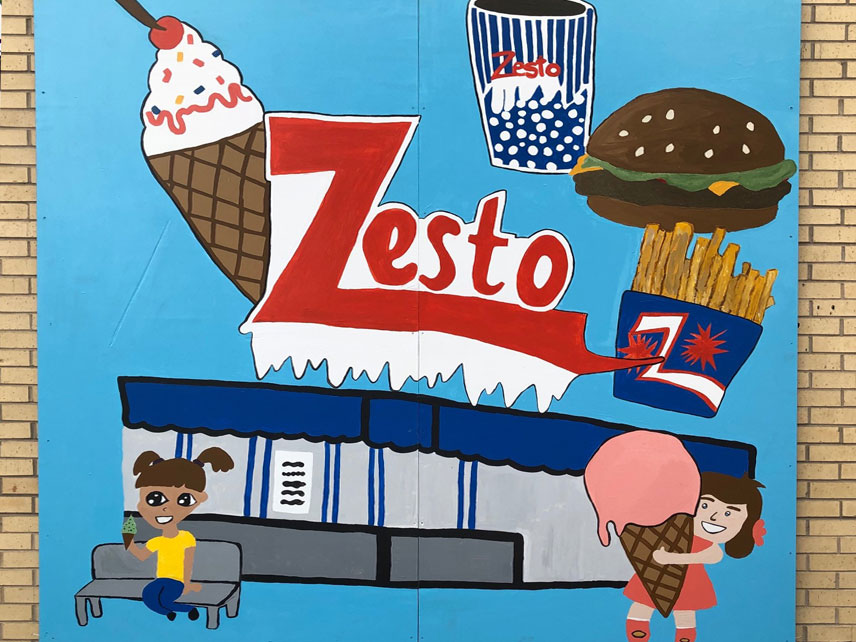 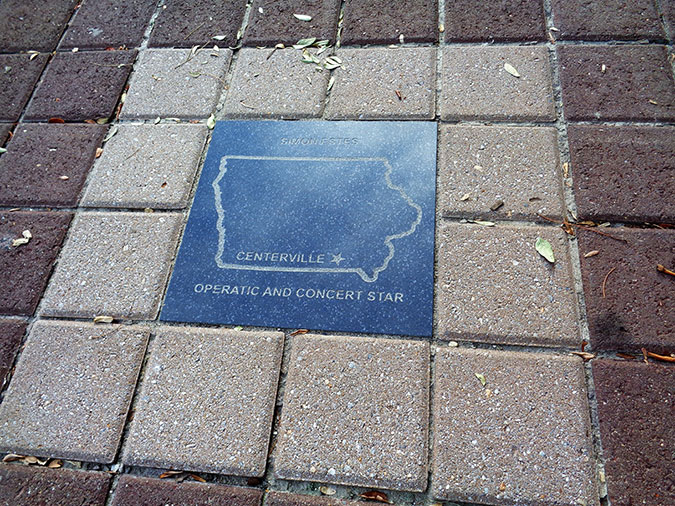 Shenandoah's downtown revitalized streetscape includes the "Walk of Fame", 125 Iowa-shaped sidewalk plaques located along Sheridan Avenue paying tribute to famous Iowans, from former Presidents of the United States and scientists to famous artists and musicians. Lee Gingery, a former Shenandoah council member, came up with the idea to create the Iowa Walk of Fame as part of the town's streetscape project. Stop by the Chamber at 100 S. Maple to pickup a "Walk of Fame" guidebook to follow along the four and one half block, Sherdan Avenue "Walk of Fame". Famous Shenandoahans include the Blackwood Brothers, the Everly Brothers, Henry Field, Dr. W. Eugene Lloyd, Earl May, Jesse Field Shambaugh and Charlie Hayden. For more information contact the Chamber at chamber@sciaiowa.com.